The State of Russian-Saudi Relations 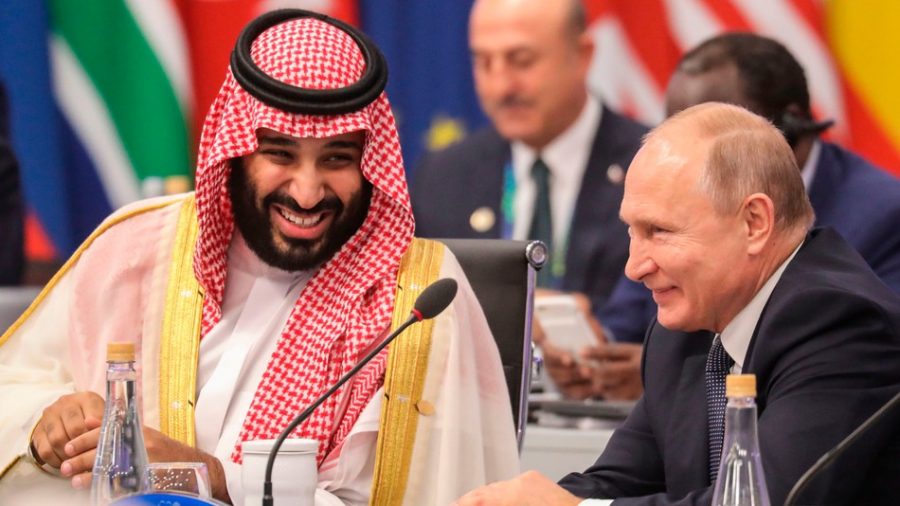 These newly-improved relations have created a friendship between Russian President Vladimir Putin and Saudi Arabian Crown Prince Mohammed Bin Salman. On Nov. 30th, 2018, the U.S overwhelmingly voted on ending our involvement in the Saudi-led war in Yemen, and at the G20 summit 2 days after, Putin and MBS were seen bro-shaking before being seated together during the meeting.

This is a huge development which many seem to think is an act of defiance to the U.S., which is certainly a statement that puts pressure on the rest of the world. President Trump will now have to decide how he will approach his foreign policy, and what he will do to respond.

Russia actually has a long history with Middle Eastern politics. In fact, back around 1926, the Soviet Union was the first country to recognize Saudi Arabia as a country, and also the first to establish diplomatic relations with them.

This event had many referencing Stalin’s key diplomat as the “Soviet Lawrence of Arabia.” But warm relations between the countries would not last long–in 1938, Moscow lost the Riyadh after a falling out between the countries. The King of Saudi Arabia at the time was very displeased with Stalin’s violent ways, and so he executed the 2 diplomats sent to Saudi Arabia under the suspicion of spying. This was especially shocking as the king is said to have considered these men his friends.

Shortly after that series of events, an American geologist discovered the world’s largest deposits of crude oil in Dhahran, making Saudi Arabia’s loyalty much more valuable. This had Stalin jumping at the opportunity to send a new head-of-mission to Jeddah, but the king was not pleased with prior action. He refused relations with the Soviet Union, relations that would not open up again until 1992 after the Soviet Union had collapsed.

The bumpy history between the two countries has made meetings mostly symbolic with very little actually being accomplished. However, now that the ties between the two nations have become stronger, the Saudi Crowned Prince has been very open to reform, passing a law allowing females to drive just last year. So there is uncertainty as whether or not to be concerned on the effect that these relations will inevitably have, but for now, we will watch on as it develops.