The Joker masterfully takes a stance on shooter mentality

Todd Phillip’s, The Joker, is a psychological suspense thriller that follows the story of a mentally ill failed comedian, Arthur Fleck, whose ceaseless torment by society and peers drive him to a state of homicidal insanity. Although it is technically a superhero movie, The Joker takes a spin on the norm and adds brutally gory murder scenes, a constant use of fowl language, and an overall dark theme that all help score this film an R rating. The overall theme is incredible, Joaquin Phoenix’s portrayal of the Joker is sensational, and the ponderous pace of the movie stays stimulating throughout it all, but the disappointing and confusing ending falls flat in comparison to the rest of the film. Despite the few shortcomings of The Joker, it remains one of the most captivating movies of the year.

The unique idea and theme is easily the highlight of this movie and likely where most of the hype behind it comes from. Taking an extremely controversial stance, Todd Phillips masterfully depicts his personal belief in what causes people to become mass shooters, a topic that has obvious weight in society right now and shows multiple heavy anti-rich messages. The transformation from part time clown and momma’s boy Arthur Fleck into the cold serial killer that is the Joker is all caused by his feeling of intense isolation and neglect from society and his mentally ill mother. Phillips attributes these to the motives behind many of the mass shooters in today’s society.

Joaquin Phoenix’s portrayal of the Joker is the best acting performance of the year by a long shot. To best fit the role, Phoenix lost 52 pounds and did intensive studying into Pseudobulbar affect, the disorder the main character suffers from which causes him to laugh uncontrollably in inappropriate situations. His laugh is downright horrifying and when it’s paired with a murder he just committed; it creates an unforgettably spine-chilling experience.

The entirety of the movie seems to be slowly building up to a crazy ending that will knock you out of your seat, but that ending failed to ever come. Without spoiling too much, the ending was mediocrely action packed and ended without a cliffhanger, making a sequel unlikely and awkward. It seems to remind the watcher that this is not your ordinary superhero movie, there is no epic climax or city destroying villain that the hero must overcome; Phillips paints the real antagonist of this story as society and it’s unrealistic expectations that it puts on the people living in it.

The Joker is undoubtedly one of the best movies that have been made this year which scores it a 4/5 Spartan heads. The only thing weighing this film down from a 5/5 is the lack of an engrossing ending that it had the ability to do. It feels like there was a missed opportunity for a jaw dropping moment or to progress the story into two movies. Besides the ending, The Joker is impressive in a multitude of ways and surprisingly very progressive, it will no doubt go into history for its execution of controversial ideas and it leaves many people hungry for more movies by Phillips. “What do you get when you cross a mentally ill loner and a society that abandons him and treats him like crap?” An amazing movie! 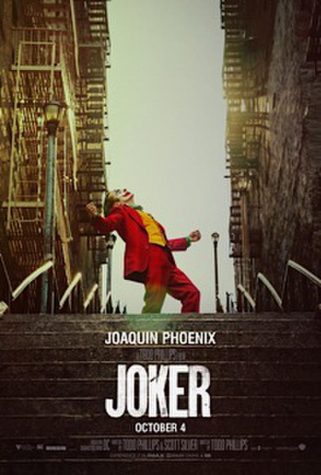