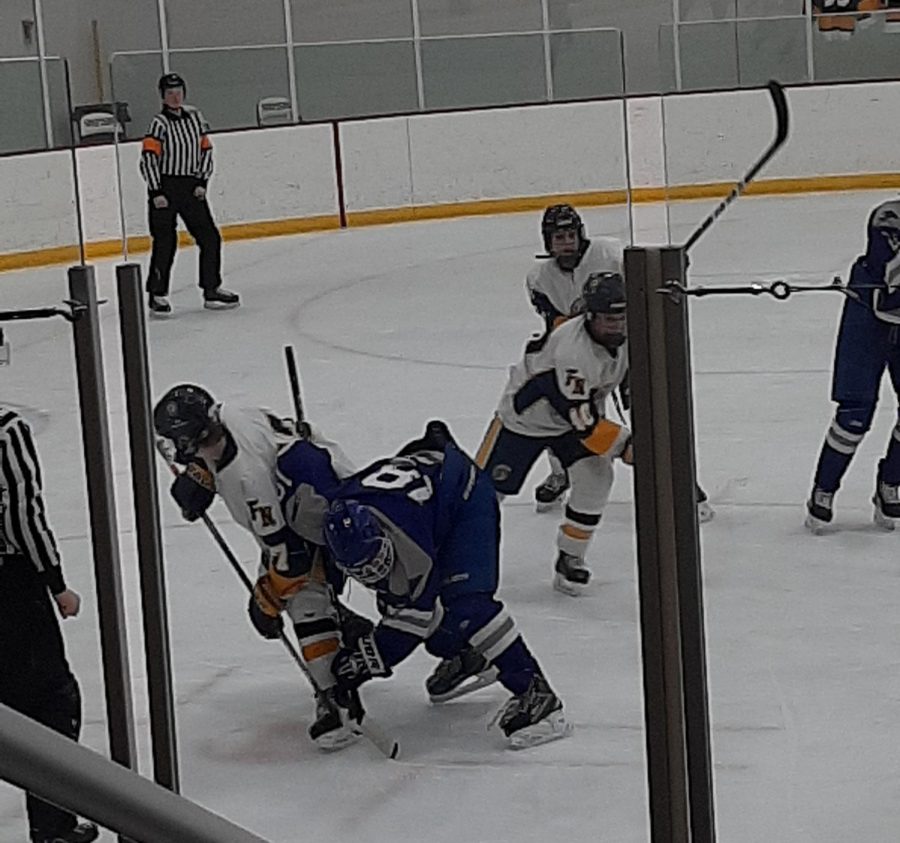 A Jamestown forward attempting to dislodge a Spartan defender.

The boys junior varsity hockey team faced off against Jamestown on Thursday, January 30 in the Coliseum. The two hockey teams faced off on the freshly frozen ice, with the zamboni going over the ice just a minute before the face off. The first quarter saw many intense moments for the players as well as the fans who were on their feet when a breakaway happened. The first period saw no goals due to the determination of each hockey team not letting the other team get the upper hand. Early on in the second period, John Martin made a swift goal with thirteen minutes and forty eight seconds left. Many attempts by Jamestown were made to secure a tie game for the second period. The gap widened as soon as Alex Jacobsen (F) upped Fargo North’s Spartan to a 2-1 lead by the end of the second period.
“We had a couple rough shifts, but overall we had lots of confidence and energy coming into the third period,” said Jacobsen.
The beginning of the third saw many drives by Jamestown, but were foiled by the Spartan’s defense. In the third period, the final goal was scored by Landon Olson with 6:06 left of the game, securing the win for Fargo North Spartans.
“Overall morale was very high, the boys were very excited and it showed on the ice,” said Spartan hockey player Cameron Bye.
The event was both energizing and eventful, next time come out and support our hockey teams, with the next game on February 7th at the West Fargo west rink at 5:15 for JV and Varsity at 7:30Pm