The world mourns the death of a GOAT 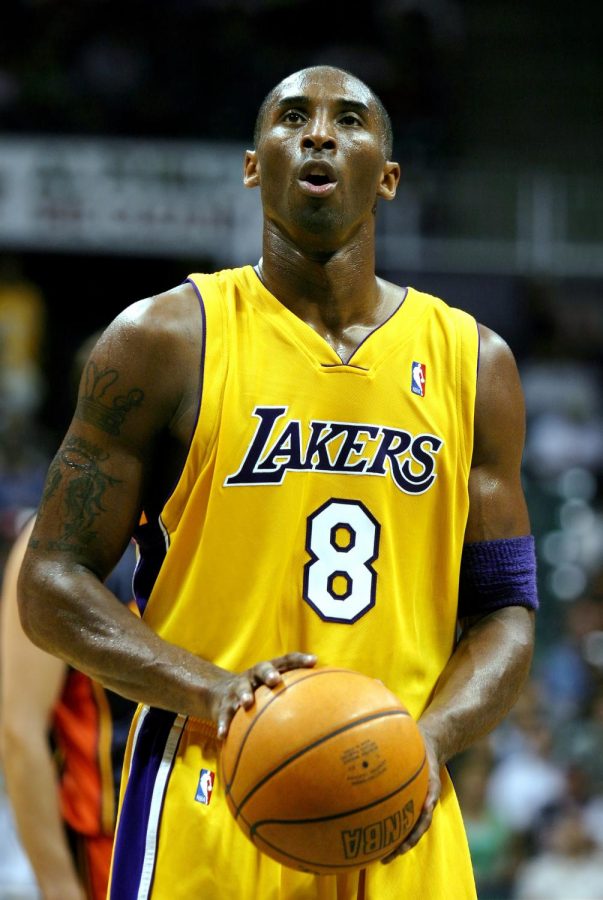 Bryant at the free throw line

On a foggy, California day around 9 a.m. on Jan. 26, tragedy struck. Los Angeles basketball legend, Kobe Bryant, died in a helicopter crash along with his 13 year-old daughter and seven other people. Also known as the “Black Mamba,” Bryant is most known for his hard work ethic and unrelenting drive that led him to be one of the greatest basketball players of all time. Kobe’s legacy is unforgettable and his name and accomplishments will go down in history.
Kobe Bean Bryant was born in Philadelphia in 1978 to Pamela and Joe “Jelly Bean” Bryant. Kobe’s father, Joe Bryant, was a professional basketball player who played in Italy, so Bryant spent much of his childhood there. When the Bryant family moved back to America around the time he was 14, Kobe’s basketball ability stuck out to the world as he averaged around 35 points a game, more than anyone in Pennsylvania history. K. Bryant’s high school career was all he needed to go to the NBA. He was drafted by the Charlotte Hornets at the age of 17 with no college experience, and went on to become the youngest player ever to play in the NBA.
Bryant’s NBA career is arguably one of the most successful in the history of the league. In his 20 year playtime, Bryant amassed over 33,400 points, 7,000 rebounds, and 6,000 assists and holds the record for most points scored in a modern basketball game with 81. Bryant played on the all-star team for 18 years in a row, second only to Michael Jordan, and has won five national championships. He averaged 25 points a game throughout his career, but at his peak it was more around 40, higher than any record. Among other records, he currently holds the title of youngest player to win the dunk contest at the age of 18, was the first person to reach 30,000 points, and holds 2 Olympic gold medals. Like him or not, Bryant’s basketball career is one of the most successful and decorated in history.
Bryant’s life outside the court was just as important to him as his life on the court. He was the father of four daughters, Natalia, Gianna, Bianka, and Capri, with whom he spent most of his time. Bryant was a philanthropist and donated to several charities such as After-School All-Stars, China Fund, and started his own called the Kobe and Vanessa Bryant Family Foundation which benefits homeless families.
Although Kobe’s and the seven others’ deaths are tragedies, we must look at the positives and the legacy he is leaving behind. Bryant was a ray of happiness and never failed to smile even in his toughest times. As difficult as this time may be, keep moving forward, as Kobe once said, “Life is too short to get bogged down and be discouraged. You have to keep moving. You have to keep going. Put one foot in front of the other, smile, and just keep rolling.”