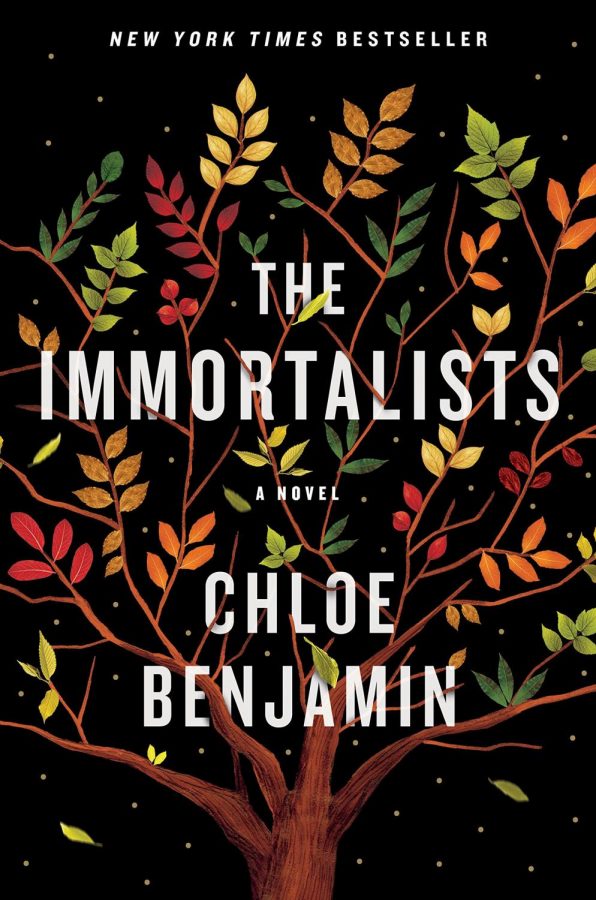 Cover of the novel "The Immoralists."

“The Immortalists” by Chloe Benjamin is an adult historical fiction novel that begins with four young children going to visit a psychic. This psychic tells them the exact date that they will die, and the course of their lives are permanently changed. The novel then breaks into four parts telling the life story of each of the four children. The parts of the story are based on the days that they die; in order it is Simon, Klara, Daniel, and Varya.
The novel plays on the commonly asked question, how would you live your life if you knew when it would be over? It also questions where the line is between free choice and destiny, and if we really have any control over the direction our lives go. Each character in the novel reacts differently to receiving the date of their death, and these four characters together bring a complex analysis of the themes previously mentioned. Overall, this novel is a deep dive into the human condition and how one seemingly inconsequential event could alter the course of a life.
The particular aspect that I liked most about this book was the setting. This story follows these characters over the span of five decades, through various major cities in America. I found it really intriguing to see the world change with our characters, and how the time influenced each character. In addition, each character’s personal response to knowing the day they would die was really interesting to read about. Delving into the minds of each of these characters was fascinating, and made me think really hard about the questions being asked by the author. If you’re like me and enjoy a read that will make you think, this is a great one.
However, one thing I disliked about this book was the pacing. I found a couple parts of the novel to read slow, and almost feel unnecessary. I felt like this novel didn’t need to be quite as long as it was to still pack the punch it did. This was a very insignificant detail though, and did little to deter how much I enjoyed the story.
Overall, I thought “The Immortalists” by Chloe Benjamin was a book worth reading, and would recommend it to historical fiction fans. The characters were so complex that by the end of the novel it felt like I knew them personally, and this complexity made the plot that much more compelling. In addition, the themes and questions addressed in this book were greatly discussed and super compelling to think about. I would say 4.5 out of 5 Spartan heads from me.